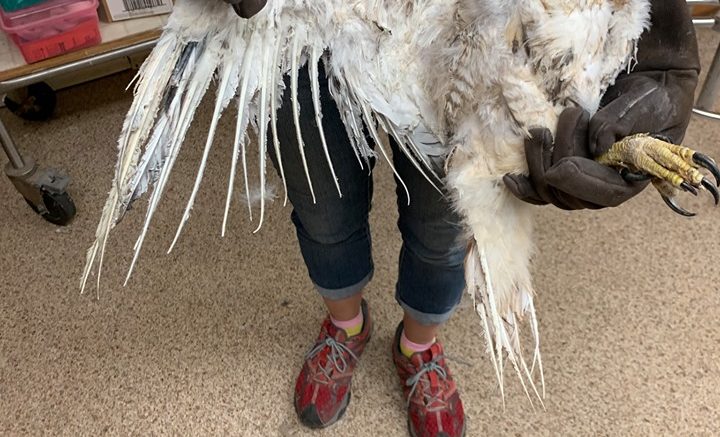 KEARNY, N.J. (CBSNewYork) —Two red-tailed hawks had their feathers singed by flares at the Keegan Landfill in Kearny, New Jersey.

To reduce the fumes, the New Jersey Sports and Exposition Authority (NJSEA), which runs the landfill, built an open system to burn the potentially harmful hydrogen sulfide gas.

The flares are unintentionally hurting birds. Two red-tailed hawks had their feathers singed.“The landfill gases burn clear blue, so on a nice, clear, sunny day, if we don’t see it, birds don’t see it. The birds are attempting to land and are getting burned,” said Chris Takacs with the Bergen County Audubon Society.

Jeff Tittel, director of the New Jersey Sierra Club, calls the Keegan Landfill a toxic nightmare that has been mishandled.

The Bergen County Audubon Society says that hundreds of thousands of birds migrate through the area each year. A fence was built around the Meadowlands Landfill’s flares to remediate the problem.

The NJSEA says the Keegan flares are temporary and will be enclosed. Vegetation has also been cleared to reduce the number of small animals that raptors prey on.

It’s unclear how many birds have been injured.

CBS2 has been told it will take the birds two years to recover from the burns and grow their feathers back.

On Sept. 30, a Hudson County judge ruled that the Keegan Landfill in Kearny must close permanently because it presents a “clear and immediate danger.”